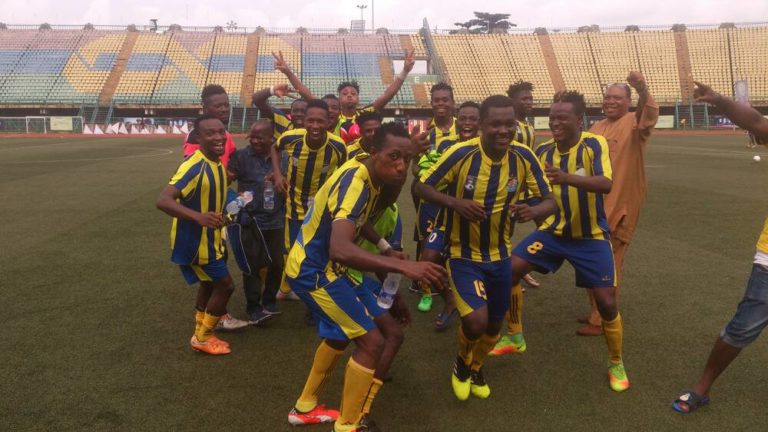 It was earlier reported that Delta Queens had earlier defeated Olori Babes FC, 3-1 in the female category.

The matches were played at the Stephen Keshi Stadium, Asaba, to spice up fans, ahead of the Super Eagles, Zimbabwean Warriors friendly which was played on the same stadium.

David Onovo opened account for Delta Force less than a minute of kick off in the first half of the match.

Both teams, however, missed several scoring chances as all efforts targeted at goal yielded no result.

Emmanuel Nnamani sealed it up in the second half with a second goal after pulling a shot through against their opponents.

Emmanuel Ampiah of Delta Force, earned a red card and was sent out of play by the referee for rough tackle against a Warri Wolves player.

But Wolves failed to utilise their one man advantage to get a consolation goal. The game ended 2-0 in favour of Delta Force.