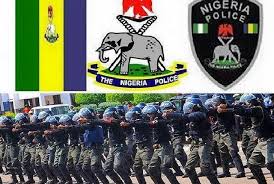 It’s no more news that three policemen were murdered in Ibi, Taraba State. It was earlier reported that President of Nigeria, Muhammadu Buhari ordered the investigation of the killing, it’s now 21days the Defence Headquarters’ Joint Investigative Panel which was constituted to carry this out has failed to probe the necessary personalities involved.

FreshReporters News gathered that Military sources said the failure of the panel to submit its report to the Chief of Defence Staff, Gen Abayomi Olonisakin, was delaying the trial of the army officer, Captain Tijjani Balarabe, and soldiers, who had been in military detention since the first week of August.

A top military source noted that the panel, which was inaugurated on August 9, was supposed to submit its report today (Friday), adding that the trial of culpable army personnel might not begin until the first week of September.

Our correspondent had reported on Monday that the indicted army personnel would be moved to the 3 Division headquarters, Jos, Plateau State, for a possible General Court Martial.

The panel extended its interrogations to officers at the Nigerian Army 23 Brigade in Yola, Adamawa State, which controls 93 Battalion, Takum, Taraba State, who are alleged to have issued instructions to the Commanding Officer of the unit in Ibi, Captain Balarabe.

A competent source said the failure of the panel to turn in its report during the week would slow down the trial of the army officer and soldiers, adding that the panel was dragging on the matter.