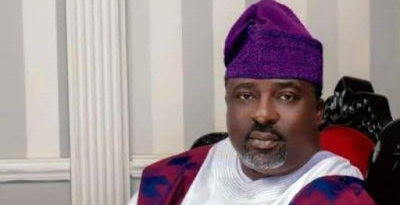 More and more confusion as the Vice-Chairman of the All Progressive Congress, APC, in South-South, Prince Hilliard Eta, has taken over as the ruling party’s Acting National Chairman.

This is coming after the Appeal Court decision upheld the suspension of Comrade Adams Oshiomhole as the party’s National Chairman on Tuesday.

The former governor of Oyo state, Abiola Ajimobi, was named as the acting national chairman of the All Progressives Congress, APC by the party’s NWC.

However, the Deputy National Secretary of the party, chief Victor Giadom earlier today declared himself the Acting Chairman of the party.

The Eta-led National Working Committee also declared as vacant the office of the Deputy National Secretary of the party, which was occupied by Chief Victor Giadom.