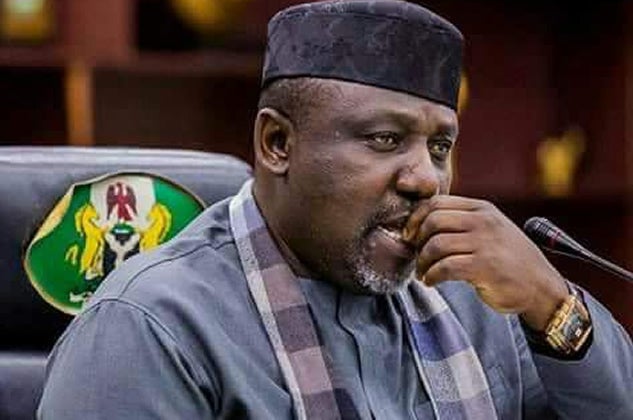 The Chairman of the Committee on Recovery of Missing Government Movable Property in Imo State, Chief Jasper Ndubuaku, has disclosed that officials of the administration of former Governor Rochas Okorocha left with the state government’s property worth N50bn.

The state governor, Chief Emeka Ihedioha, set up the committee shortly after he was sworn in.

Addressing journalists in Owerri, the state capital, on Wednesday, Ndubuaku said his committee had resolved to apply the Federal Government’s whistleblower policy to encourage members of the public with useful information on the missing government property to make such available to the committee.

“We went from ministry to ministry and house to house and discovered to our dismay, that officials of the immediate past administration of Rochas Okorocha looted all property in their possession including chairs, spoons and other cutleries among others,” he alleged.

According to him, among government vehicles already recovered are 279 Prado SUVs, 27 pay-loaders and 27 lorries.

He alleged that generators, including those used by former commissioners, were also looted.

Ndubuaku, a former member of the state House of Assembly, appealed to those still in possession of government vehicles to return them to his committee without further delay.

“If after this appeal and they still remain adamant, we will be compelled to unleash the dragon, mobilise all concerned Imo indigenes to assist us to recover these missing items and if the worst comes, we will criminalise the matter,” he added.

Ndubuaku said his committee was already armed with the names, addresses and mobile phone numbers of those involved.

He said vehicles sold at give-away prices to political associates would be reassessed.

Ndubuaku however, gave an assurance that vehicles genuinely sold and bought with proof of receipts would be left for their owners.

He also said 67 vehicles were taken away from Government House, Owerri while all past commissioners in the state went away with the vehicles in their various ministries.

Court strikes out Anisulowo’s case against Ogun governor
This, he said, was in addition to 150 transformers bought by Okorocha which were also taken away as well as plastic seats at the Imo International Conference Centre, Owerri.

When contacted on the telephone, Okorocha’s media aide, Sam Onwuemeodo, said the committee should go ahead and publish its report.

“If Ndubuaku feels that Ihedioha’s government is strong enough, let them go ahead to publish whatever they feel Okorocha’s administration has looted. It is from that point that we will react,” he said
(Punch)