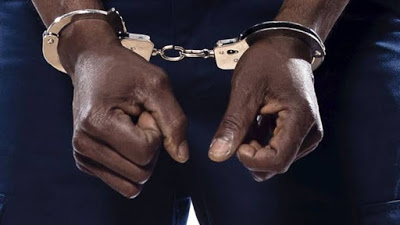 A 38-year-old Olamide Awogbayi, who is a Church member, has defiled a 13-year-old girl, Favour Babalola who accompanied her parents to a vigil at a Church along ldanre road in Akure, the Ondo state capital.

Femi Joseph, the Police image-maker in the state, in a statement, said that the ugly incident occurred at about 11pm last Saturday.

According to him, the suspect, who is now in police custody, lured the victim to a nearby uncompleted building near the church and defiled her.

The parents of the victim later discovered that she was missing in the church and raised alarm,

The victim was later discovered inside the uncompleted building unconscious and bleeding profusely from her private part.

According to reports, the victim was rushed to the hospital and later discovered that she had been defiled.

The victim reportedly after she became conscious gave a vivid description of the person who defiled her and after much investigation the suspect was fingered and handed over to the police.

He was said to have confessed and blamed the devil for his crime.