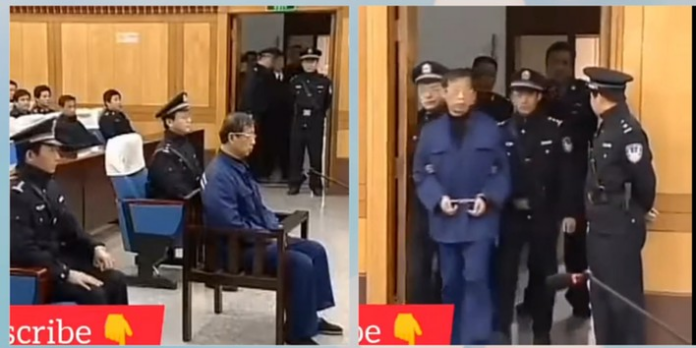 China executes two politicians for corruption as Beijing shows it is being tough on graft.

The two politicians are former vice-mayors from eastern cities of Hangzhou and Suzhou.

The Communisty Party General Secretary Hu Jintao has called corruption one of the four dangers facing the party.

The two former officials, took more than 250 million yuan (HK$321.4 million) between them in bribes from real estate developers in exchange for helping them acquire land and related preferential policies, the Supreme People’s Court said.

ALSO READ:  Show Us Where To Borrow Money Apart From China - Amaechi To National Assembly

The criminals were both government leaders in charge of urban construction work.

Their major crimes were related to land use and construction.

We Are Going Nowhere, Tiktok Tackle Trump On Ban Threat Following US president, Donald Trump's stand that he will...
Read more
Foreign News

Trump to ban Tiktok today over security concerns. The US president Donald Trump says he will ban the...
Read more
Crimes

Lady Stage Her Kidnap To Extort 20,000 From Her Sister

A lady arrested for staging her kidnap confeesed that she did it to find out if her sister loves her.
ALSO READ:  Trump To Ban Tiktok Today Over Security Concerns
Read more
Foreign News

Ogun state police command has arrested a 52-year old pastor, Adetokunbo Adenokpo, for abducting a dispatch rider and detaining him in an...
Read more