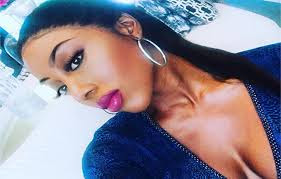 American musician, vocalist, songwriter and creative director, ElizabethX, whose real name is Rahaile Foday, has revealed what woke up music in her.

The singer, reveals her journey into music, her fears and her victories in a WhatApp chat with Potpourri.

ElizabethX who is the eldest child of three step siblings and started writing music at the age of eight. She enjoyed making things rhyme, they started off as poems and then she figured poems could be sung instead of being read.

Growing up for me was a little challenging. I was often left alone as a child by my mother, and I never saw my family until two days had gone by and I was so scared. My time alone allowed me to explore my imagination. I used to think I could fly. I spent my time alone being creative, either singing or dancing or making things. I took ballet, tap and hip hop classes. I moved around a bit and I always had a couple of good friends wherever I went.

I was a pretty quiet child but a little mischievous. I had barbie dolls in my early years but became more of a tomboy as I became a little older. I enjoyed playing basketball, and soccer, and throwing rocks at trucks with my best friend

Music is something I would say is in my genes, my mother played the violin she was also accepted into Julliard. I loved writing poems and making things rhyme, and telling stories and I figured I could do turn my stories into songs.

Initially, my mother would destroy my songbooks, but later on in middle school I started to play the clarinet which made me rediscover my love for music. At this point in my life music is my therapy and it also gives me the opportunity to share myself with others.