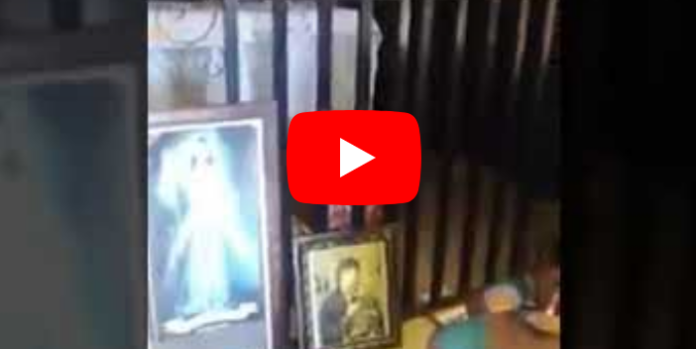 Catholic Priest Beats Woman For Stealing In Church, Posts It On Socia Media.

An incident involving a Catholic priest and a woman who stole from the church has sparked mixed reactions on social media.

In an video circulating online captured moment a priest beating up a woman caught stealing in church.

In the video posted by the Roman Catholic priest himself, the priest was seen mercilessly beating up a young woman.

However, some church members present prevented the priest from injuring the woman. The woman had broken a padlock at the altar to gain access to the money.

In the video, the priest could be heard saying to the woman in igbo language, that he would upload the recorded video of her act on Facebook.

However, the priest’s reaction has generated mixed reactions among social media users.

Others said the priest demonstrated that he can also preach to her by flogging theft demon out of her.

While others condemn the act, stating that the catholic priest shouldn’t have uploaded the video on social media.

A social media users said in as much as what the woman did, the Catholic Priest resort to jungle justice.