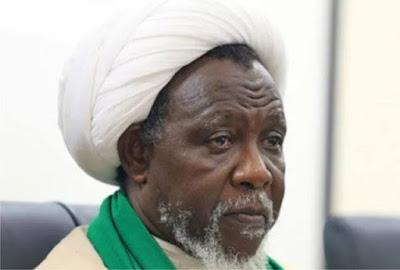 Shiites also known as the Islamic Movement in Nigeria has raised a fresh alarm on moves by President Muhammadu Buhari’s regime to kill their leader, Ibraheem El-Zakzaky, in custody.

The group made this known on Wednesday through the Secretary of the Media Forum, Abdullahi Musa Abuja.

Musa was reacting to the statement made by Kaduna State Commissioner for Justice, who claimed that the fate of the Islamic scholar rested in the hands of the Kaduna State High Court.

We however, consider it mischievous and spiteful. The update released by the Commissioner for Justice, Kaduna State, is no more than the mere barking of a toothless dog serving the interest of the perpetrators of the 2015 Zaria massacre.

He however added that the continued detention and denial of their leader to go for medical treatment was part of plans aimed at killing him in detention.

According to him, the involvement of the military in the Zaria massacre in 2015 had exposed the complicity of the Nigerian Government in the genocide.

No amount of media and psychological propaganda will exonerate the Nigerian Government from being indicted for the atrocious crimes committed in Zaria during the massacre.