Buhari Cannot Seek Third Term, He Is A Democrat, He Respects The Constitution – Presidency 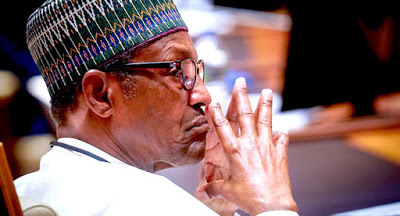 The Nigerian Constitution sets a two-term limit for the president and state governors, but that has not stopped speculations that Mr Buhari may want to stay beyond 2023.

The Presidency has reiterated that President Muhammadu Buhari is not seeking a third term agenda as suggested by uninformed commentaries.

This comes after several speculations from various quarters that the President is perfecting plans to run for third term.

In a statement made available by Garba Shehu, the president aide on media and publicity, stressed that there are no circumstances under which a constitutional amendment with regard to extending the two-term limit will be carried out.

The Presidency stressed that Buhari is a democrat and will under no circumstance seek to amend the Constitution regarding the two-term term limit on holding office as President.

He stated that President Buhari will be serving his full term in office which ends in 2023.

In a statement, he said;

President Buhari intends to serve his full second elected term in office, ending 2023 – and then there shall be a general election in which he will not be a candidate.

There is not even the faintest possibility that this will change.

It is important to note that there was a past attempt to change the Constitution to allow for the then incumbent president to stand for a third term. That attempt was wrong, unconstitutional – and rightly rebuffed. No such attempt will happen under this President.

President Buhari is a democrat. He respects the Constitution. Any activity aimed at altering the two-term limit will not succeed and shall never have his time nor support.”

The President will have nothing more to say on this matter – apart from to repeat this statement, ad infinitum – that he will not be seeking, accepting, nor standing for a third term.