Bricklayer Kills Apprentice For Money Rituals, A Day To His 14th Birthday 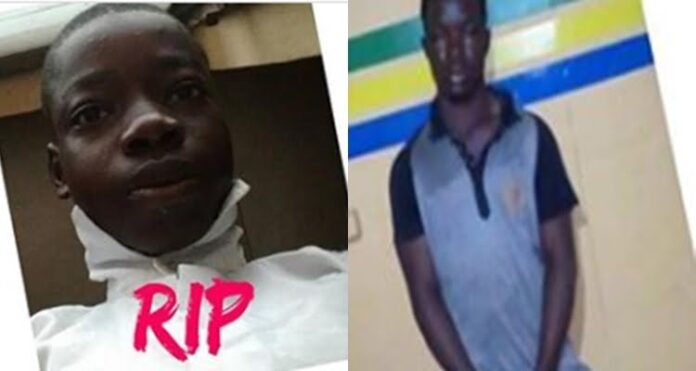 The Oyo state police command have arrested a 21-year-old bricklayer, Biodun Owolabi, alongside his accomplices, 20-year-old Festus Simon and an Alfa for killing a 13 yr old secondary school boy, Quadri Olalekan, for money ritual in Ibadan.

It was gathered that the incident happened on Saturday, October 31, 2020, after they tricked the deceased with a bricklaying work at Iyana Church, Iwo Road, Ibadan.

The Spirit Did Not Bring Money, Fake Pastor Who Killed Favour For Rituals Speaks

They had been working together as a result of the closure of schools due to COVID-19 lockdown.

The mother of the deceased raised alarm when she could not find him after several hours, and a search began.

Owolabi who initially denied, later confessed to killing the missing child, he then took members of the community to the place where Olalekan was buried after life was snuffed out of him. The victim’s arms, eyes and penis were missing when the corpse was exhumed.

The deceased’s 14th birthday was on Sunday and his mother had bought clothes for him to celebrate it. But he was killed a day before his birthday.