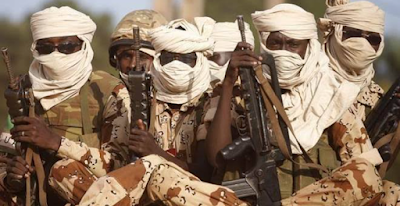 A Boko Haram commander, Abu Imrana has been gunned down in a battle with soldiers in Borno state.

According to a security source Imrana is among the insurgents who fell to the superior firepower of the military in the Marte area of Borno state.

The source further revealed that the late militant commander, coordinated  the recent attacks in Monguno, Gubio and Nganzai, where at least 150 people were killed in attacks across the two local government areas of Borno last week.