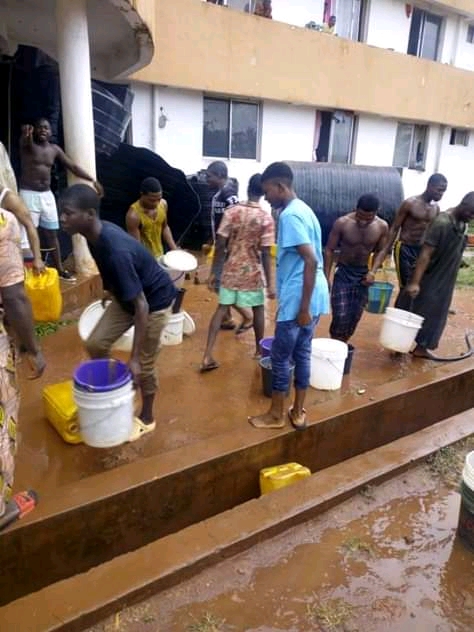 It was early in the morning around 10minutes past 7am today, after which the school water supplier filled the water tank with water, the male student’s all queued to fetch water as usual. 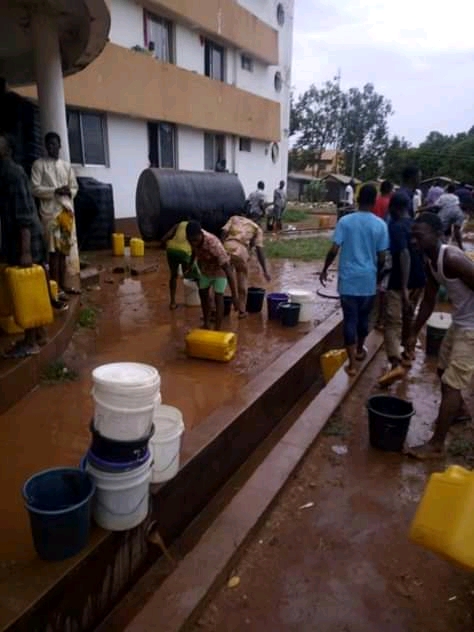 The male hostel students who began to fetch into their containers noticed a crack on the wall of the “GeePee” tank but due to the desperation of every one to get water before it finishes so as rush down for lectures, could not stop to check it out. As time continues to count the “crack” continued to expand. 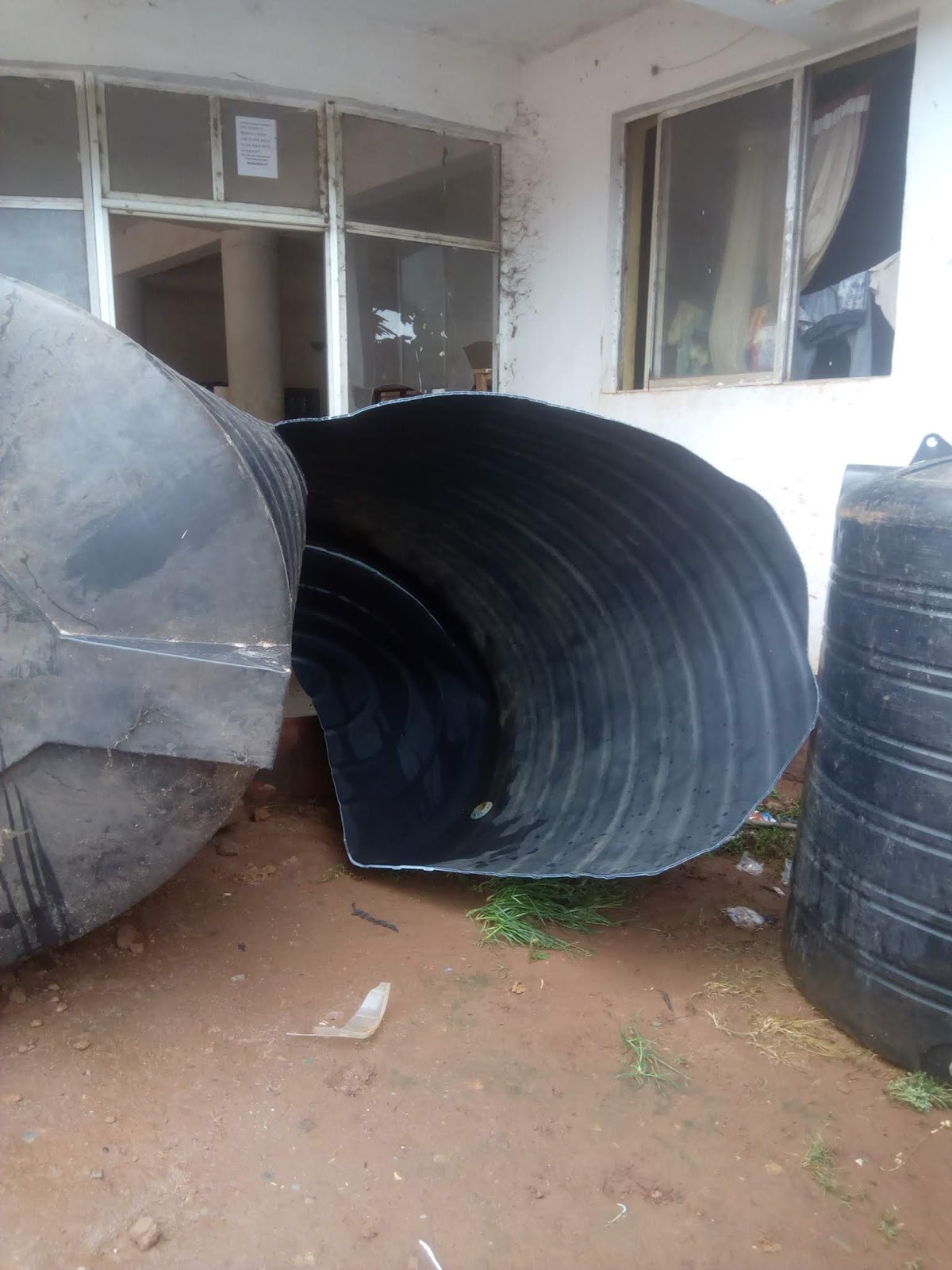 Exactly 20minutes latter, it happened that the “GeePee” tank parted(broke) into two portions letting the water to forcefully flow out of the tank.

According to an eye witness whose name is undisclosed, a guy(male student) was swept away by the force of the water which broke out of the tank.

ALSO READ:  PHOTOS: 2 Children Drown In A River In Kaduna

No one was recorded injured after the incident.

A FreshReporter’s News agent who was also at the scene said a snake which was identified as “Cobra” came out of the tank and was immediately killed by a student. Some students vowed not to drink the water again.

The video during the killing of the snake will soon be released on the site.

Fresh Reporters News recalled that a water tank of another male hostel of the same institution also broke into pieces around late 2018.