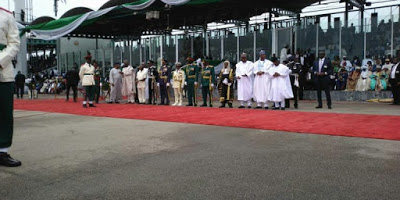 President Muhammadu Buhari has been finally sworn-in for a second term in office at the Eagle Square, Abuja, today May29.

The Acting Chief Justice of the Federation (CJN), Justice Ibrahim Tanko Muhammad, administered the oath of office at 10:37am. The president was flanked by his wife, Aisha when the oath was being administered.

Dailytrust reports that earlier, the acting CJN had administered the oath of office on the Vice President, Prof. Yemi Osinbajo at 10:25am. He was also flanked by his wife, Dolapo.
The ceremony was witnessed by some members of the first family.

Freshreporters News recalled that President Buhari of the All Progressives Congress (APC) had won a disputed presidential election in February 23, 2019, defeating his former ally and the candidate of the People’s Democratic Party Atiku Abubakar of the Peoples Democratic Party (PDP).
Buhari emerged the winner of the election with 15,191,847 votes, while Atiku scored 11,262,978 votes. 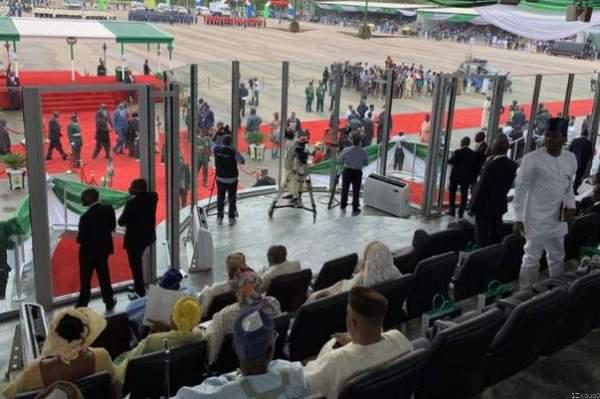 The Senate President, Bukola Saraki and the Speaker of the House of Representatives, Yakubu Dogara arrived the venue by 9:40am, our source observed.
The inauguration was witnessed by a former head of state, General Yakubu Gowon, and former president and former head of Interim National Government, Chief Ernest Shonekan. Our correspondent reports that former presidents Olusegun Obasanjo and Ibrahim Badamasi Babangida were absent at the event. 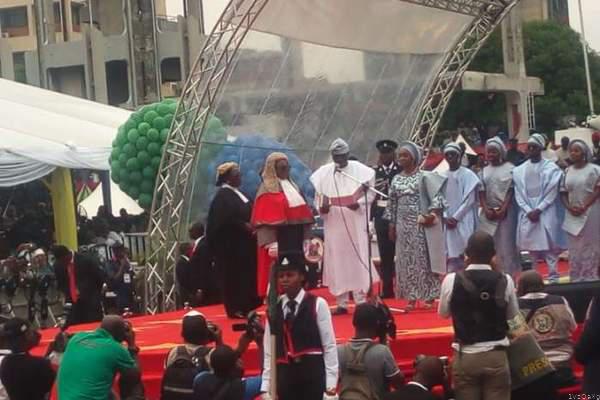 “I do solemnly swear that I will be faithful and bear true allegiance to the Federal Republic of Nigeria,” Buhari said at Eagle Square, Abuja. “I will preserve, protect and defend the constitution.”

Also at the Eagle Square were the chieftains of the All Progressives Congress (APC) including the National Chairman, Adams Oshiomhole; the national leaders, Bola Ahmed Tinubu and Chief Bisi Akande, among others.

Our correspondent reports that Saraki and Tinubu hugged each other at the event.

Major events for the swearing-in have been shifted to June 12, the country’s new Democracy Day.