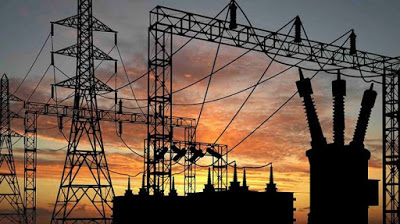 A development which occur around 12:37pm local time, forcing the entire nation into total darkness, was confirmed by the Transmission Company of Nigeria.

The nation power sector has recorded the first system collapse for the year 2020.

The company however have assured that, measures have been put in place to restore the grid, hoping light will be restored before the end of the day.

According to the company;

Our men have already moved to restore the grid, we hope before the end of the day power will be restored.

Meanwhile, In a tweet by the Eko Electricity Distribution Company (EKEDC), the company stated that

Dear Customer, present outage affecting all is a TCN System Disturbance on the grid. Power to be restored as soon as available.

Dear Customer, the outage which occurred at 1237hrs is due to a TCN system collapse affecting Lekki, Ibeju& environs. The team is working to restore power. Please, bear with us.

President Muhmmadu Buhari is holding a virtual meeting with members of the Progressive Governors’ Forum, PGF.
ALSO READ:  (video) There Will Be Change Of Government, Earthquakes In 2020 - Pst Adebayo Unveils His Prophesies
The meeting took...
Read more
General News