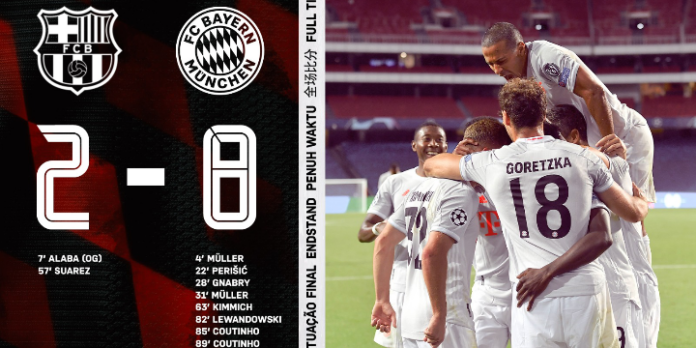 Bayern Munich have battered Barcelona 8-2 to book a spot in the UEFA Champions League, UEFA, semi-finals

The match between the two top teams held in Lisbon on Friday night.

The win means the German side will face either Manchester City or Lyon in the final four.

This is the biggest defeat for Barcelona in the history of Champions League.

It is worse than the 7-1 it suffered on two legs to Bayern some years ago, but the 8-2 demolition is on one leg.

As early as four minutes into the game, Thomas Muller gave Bayern the lead. He has acres of space after latching on to a precise pass into the box. He did not hesitate to unleash a great effort which ended up in the bottom left corner.