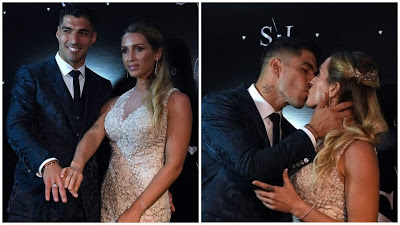 Barcelona striker Luis Suarez has renewed his marriage vows with his childhood sweetheart Sofia Balbi 10 years after they tied the knot.

The former Liverpool forward and his wife renewed their love for each other at the five-star hotel in their homeland in Uruguay in front of notable guests including Lionel Messi.

The religious ceremony took place on the hotel terrace and was officiated by priest Juan Andres Verde, described locally as a friend of Suarez and his wife.

The footballer, told waiting press after renewing his vows;

It’s a very important day for us” before joking: “My wife’s the most difficult defender, the one I can’t escape from. 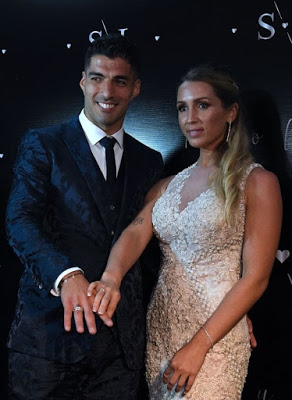 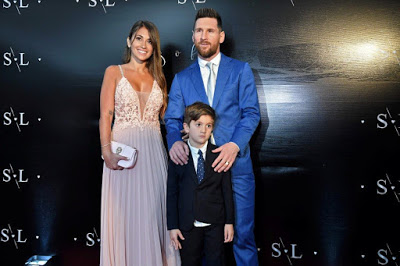 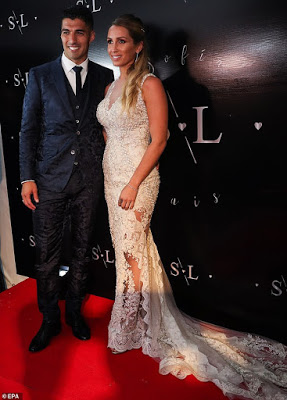 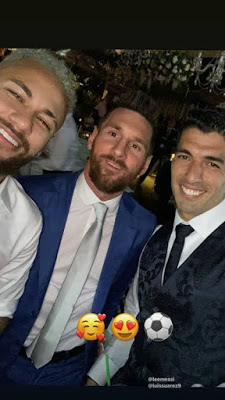 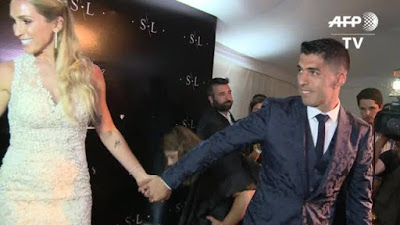 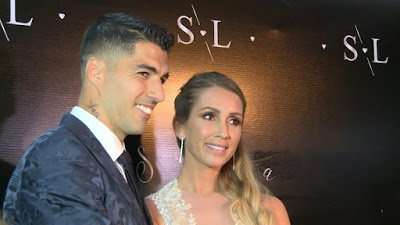 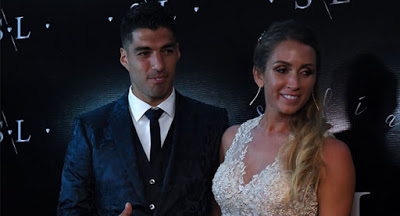