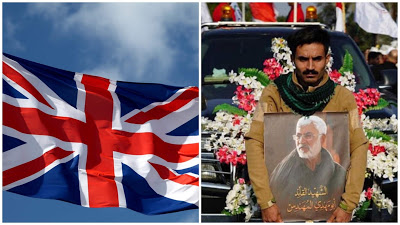 Qasem Soleimani, commander of the Quds Force of Iran’s Islamic Revolutionary Guards Corps, was killed in the strike at Baghdad International Airport.

The murder shocked the Islamic republic and sparked fears of a new war in the Middle East.

Following the death of the Iranian General, tensions have heightened in the Middle East region, the British government have advice, it’s nationals against all travel to Iraq and advise against all but essential travel to Iran.

The first job of any government is to keep British people safe.

Given heightened tensions in the region, (we) now advise people not to travel to Iraq, with the exception of the Kurdistan Region of Iraq, and to consider carefully whether it’s essential to travel to Iran. We will keep this under review.

However, the British Foreign Office urged UK nationals in the region to “remain vigilant and monitor the media carefully.”