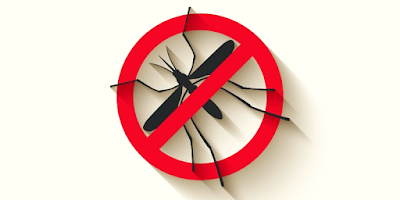 Pest Control Association of Nigeria (PECAN) has called for an enhanced collaboration with state ministries of health to achieve safer ways of eradicating pest and reducing malaria in Nigeria.

The President of the association, Mr Kunle Williams made the appeal in an interview with the News Agency of Nigeria (NAN) on Saturday in Lagos.

According to him, PECAN will use its 30th anniversary an avenue to sensitise the public and government on ways to control malaria through effective vector management.

Williams said that the 30th anniversary celebration, slated for Nov. 27 in Lagos, would witness the launch of a N50 million Mosquito Control Programme in Rural Areas.


“The anniversary will also include the conferment of awards to deserving citizens, investiture of the National President and induction of Malaria Vector Partners.

“We in PECAN are poised to support and complement other initiatives, both government, NGOs and corporate organisations, by initiating a mosquito (Vector) management program in selected malaria endemic communities.

“This comprises of “Indoor Residual Spray” (IRS) and Laviciding,” he said.

On the strategies employed to combat malaria, Williams recalled that during the World Malaria Day, PECAN in conjunction with Rotary International embarked on malaria control by spraying canals, including the Kirikiri Prisons.

“What we intend to do, which explains why we are raising the fund, is to complement government’s efforts on Indoor Residual Spray (IRS) so we can go to the rural areas and perform the act for those who cannot afford it.
“This entails the treatment of inner walls of hostels or any habitations so that any mosquito that perches on it dies before it can reach its host. That’s the primary function of the IRS,” he said.

Williams pointed out that the Lagos State Government and a number of state governments had been doing this already, and that PECAN was coming in to complement the effort.

He said that in this regard, the private sector was being galvanised in order to come out and assist, especially those in the rural areas, who may not be able to afford simple insecticide or the services of pest control operators.

“We are trying to get the fund together, so that in a year, we can adopt communities and work with the local authorities so that we don’t have to disturb the government,” he said.

We have come to understood that the Pest Control Association of Nigeria (PECAN) is made up of professionals, individuals and businesses engaged in the practice of Pest and Vector Control in Nigeria.