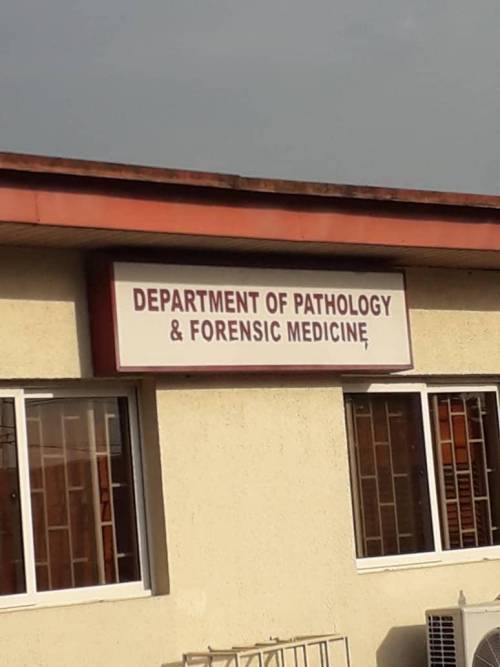 Lekki massacre victims were moved to the IDH mortuary after a postmortem examinations was conducted on their bodies at the Department of Pathology and Forensic Medicine, Lagos State University Teaching Hospital, Ikeja, SaharaReporters reports

At least 20 bodies of EndSARS protesters massacred at Lekki Toll Gate, Lagos by operatives of the Nigerian Army on October 20, 2020, were on Friday secretly moved to the Infectious Disease Hospital (IDH) mortuary in Yaba as reported by Saharareporters.

It was gathered that the Lekki massacre victims were moved to the IDH mortuary after a postmortem examinations was conducted on their bodies at the Department of Pathology and Forensic Medicine, Lagos State University Teaching Hospital, Ikeja.

The IDH mortuary is beside the 68 Nigerian Army Reference Hospital (68 NARHY), a military health facility in Yaba.

FRESHREPORTERS recall that soldiers had last week Tuesday opened fire on the protesters, who had converged at the Lekki Toll Gate to protest against police brutality.

N1.125m For Anyone With Verifiable Pictures Of Dead Bodies At Lekki Tollgate Incident – Man Offers

The incident triggered a global outrage, with calls for justice echoing from different parts of the world.

It was gathered that before the shooting started, some officials uninstalled the Closed Circuit Television cameras in the area.

The electricity at the protest area was also disconnected to prevent demonstrators from filming the attack.

By the time sounds of their guns died down, dozens of protesters had been killed.

Though Lagos State governor, Babajide Sanwo-Olu, blamed ‘forces beyond our control’ for the attack, the Army in a statement later revealed that the soldiers were invited to the scene of protest by the governor.

Also soldiers involved in the operation confirmed they were drafted in for the mission on the request of the governor.

The soldiers, who were deployed from 65 Battalion, Bonny Camp, Victoria Island, Lagos, told some victims’ relatives after dumping some of the injured and dead at MRS Hospital that they were sent by Sanwo-Olu.

While the governor insisted that there were only two recorded deaths and no bloodstain at the scene of the protest, military sources told SaharaReporters that no fewer than 30 protesters died as a result of the shooting.

Meanwhile, a human rights advocacy group, Amnesty International, has released a timeline of the Lekki shootings, which it said followed an on-the-ground investigation into the incident.

In the timeline published on Wednesday, the rights groups said it uncovered how soldiers from Bonny Camp opened fire on protesters.

The new timeline of the incident chronicled from how the protest was peaceful, through the firing of gunshots, and up to the statement from Governor Sanwo-Olu that the army was responsible for the shooting.

Amnesty International said its investigation had confirmed that the Nigerian Army and police killed peaceful protesters in Lagos.