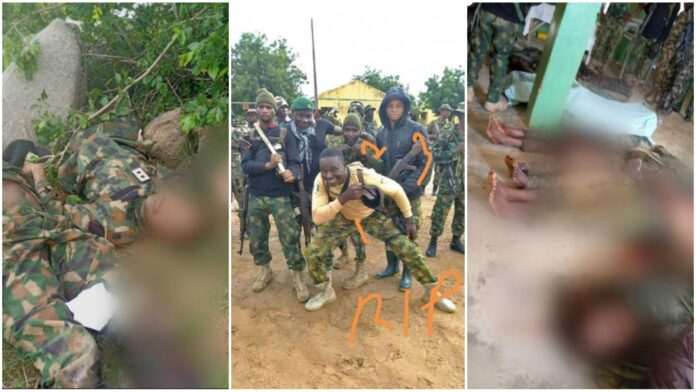 Armed Bandits ambush and kill not fewer than 18 soldiers in Katsina State.

Bandits killed the 18 soldiers in Jibia, Jibia Local Government Area of the state, while on Operation Sahel Sanity.

The Armed Bandits attacked the soldiers while on advance to notorious bandit leader’s camp known as Dangote at Shimfida.

According a military source:

Troops were advancing on foot when bandits began engaging them from the hill.