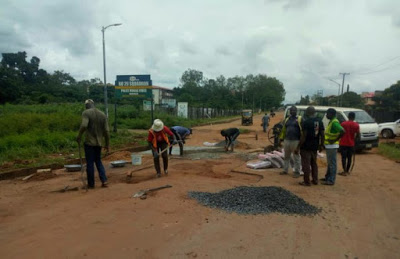 The Anambra Road Maintenance Agency (ARMA) has restated its commitment toward rehabilitating dilapidated roads mostly affected by the rains in the state.

The Managing Director of the agency, Mr Emeka Okoye, made the assertion on Thursday during a supervision tour of the massive road repairs presently ongoing in some designated places across the state.

FreshReporters News understands that residents of the state had expressed concerns over the state of bad roads, urging the government to alleviate their plights.

But Okoye, a civil engineer, said the agency had mapped out a number of roads for patch works across the state.

“One of these roads is the very bad junction at the popular UNIZIK junction by Oby Okoli and the Ifite Road as well.


“Two different teams work on them only at night in order not to make movement frustrating to road users, were it sealed off for repair works during the day,” he said.

He also said Awka road, Obodoukwu road and Rainbownet road among others in Onitsha were also mapped out for repairs soonest.

Okoye, who assured road users that the repairs would be carried out during the day and night, said the agency introduced interlocking bricks and concrete to patch most of them.

He expressed satisfaction that in spite of the rains, the concrete remained intact so long as it had about four hours to set before motorists drive on top.

The ARMA boss said its operations would be beefed up immediately after the rains as more equipment were already being purchased to ensure easy rehabilitation of roads.

According to him, some contractors will be brought in to compliment the ARMA works and aggressively tidy up the pot hole situation in all roads in the state before December.

“Presently, all the teams handling the different work sites, work with the target of patching at least 100 square metres of potholes and have met up with that target in the past few days.

Okoye urged the residents to be patient as the challenges of the pot holes were already being addressed and promised that it would be more aggressive immediately after the rains. 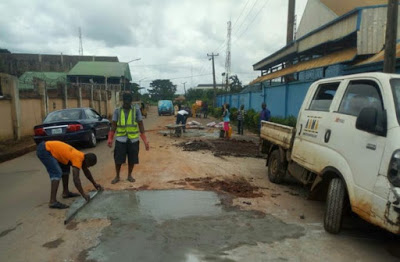 He said above 90 per cent of the roads would be patched before December.

Okoye, however, advised residents to clean their drainage and avoid dumping refuse inside them, noting that about 60 per cent of the potholes were caused by silted up drainage.

“If the drains are filled up, water will be running on top of the asphalt which is the easiest way to kill the road,” he said.

The ARMA boss disclosed that the state government had set up a department that would focus on de-silting of drains all year round.

“Gov. Willie Obiano has acquired three equipment called Dura Patchers which will be used to patch roads without waiting for asphalt that is produced the normal way.


“The beauty of the Dura Patcher is that it produces its own material which is a mixture of granite and bituminous emulsion.


“It is used in Western climes and will be deployed as soon as the rains stop,” he assured.
(NAN)