The accident occurred around 7 am on Wednesday, November 4, along the Idi-Ape inwards Iwo road axis.

It was gathered that the bus crested with ‘Power Oil’ suffered a brake failure and rammed into the motorcyclist killing him instantly.

Man Beats Girlfriend To Death, Dumped Her Body Inside A Well After She Refuse Him Sex

An eyewitness said the bus driver was initially driving on a particular lane before swerving to the other side of the road as a result of brake failure and hit the deceased. He immediately fled after the incident.

The youths who were angered by the incident, later set the bus carrying palm oil ablaze after the driver had taken to his heels. 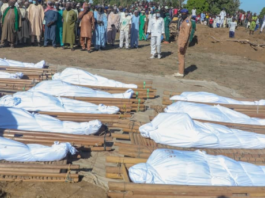 Tears As 43 People Massacred By Boko Haram Terrorists Are Laid... 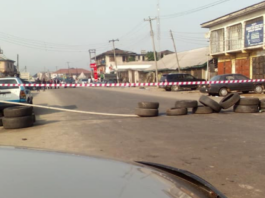 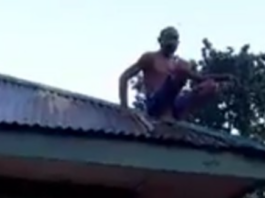