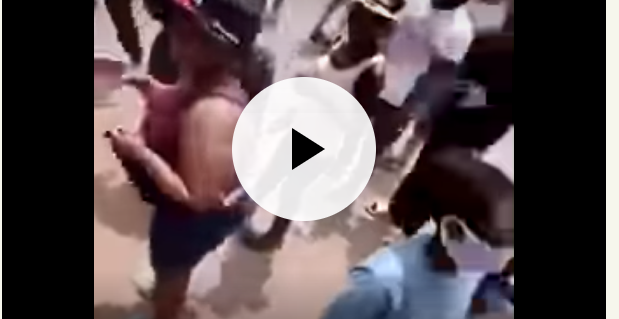 Governor of Edo State, Godwin Obaseki, booed as chants of ‘thief’ greet him at the Palace of the Oba of Benin

The angry youths numbering in hundreds booed and disparaged the Governor as a thief.

Governor Obaseki storm the Palace for royal blessings as he flagged off his campaign.

An angry mob of protesters confronted the embattled Governor with chants of “thief” and other disgraceful epithets.

They demanded that he leaves the Palace and not “pollute the environment with his dishonorable self.”

Obaseki and his accompanying aides were left perplexed and all attempts to salvage the situation only further angered the crowd.

The crowd insisted that he leaves, stating that he has been rejected and is no longer their Governor.

Such rejection at the Palace holds great significance in the Benin Kingdom and Edo State as a whole.

what took place today is a bad omen for Governor Obaseki and his PDP.

He selfishly came for blessings at a place he has not really sowed any good seeds and he received boos and disgrace.

It is a clear sign of rejection and what is to come.

Some of his followers have already gotten the cue and they are abandoning him despite threats and offering of monetary rewards.

That campaign, starting like this, can never be successful. The people don’t want this man anymore.