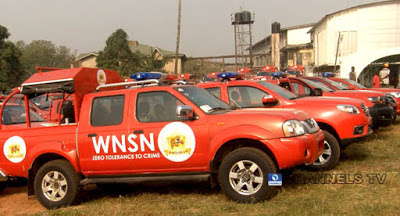 Following the stand of the federal government on the setting up of a paramilitary organization called “Amotekun” tagging it as illegal and runs contrary to the provisions of the Nigerian law.

The Federal government made this known through the attorney general of the federation, Abubakar Malami on Tuesday, January 14.

However reacting to Malami’s statement, the chairman of Afenifere Renewal Group, Chief Olawale Oshun has described Minister of Justice’s statement as rubbish.

According to Chief Oshun, Malami should also declare Hisbah Corps, (a religious police force responsible for the enforcement of Sharia) and Civilian Joint Task Force in the Northeast illegal.

Chief Oshun who was the former Chief Whip of the House of Representatives urged the governors of the Southwest to go ahead with the implementation of the Amotekun.

Also reacting, the leader of the Yoruba World Congress, Prof. Banji Akintoye, said Malami’s statement shows one thing very conclusively that the people controlling Federal Government do not have the welfare of the people Southwest at heart and “we will look at that and decide what we want to do.”

He added that the Northerners have created many society-controlled organisations in the north.

They went to create Sharia policemen that can arrest anybody. We, in the south, never questioned that; nobody in Nigeria questioned that. What we have set up is not another police force. We have not set up anything that conflicts with what the constitution provides for and so, we are in a good condition to defend our interests now, that all. The Yoruba people must be ready to defend their interest under the law.

The southwest governors should hold the bull by the horn.

This does not mean a confrontation with the Federal government. Lead us now, and we will follow you. Can a man elected by a people from x states refused to defend his people when they are under pressure? The answer is No. the governors have a job to do and we look forward to them to do it and as they do it, they are assure of our supports