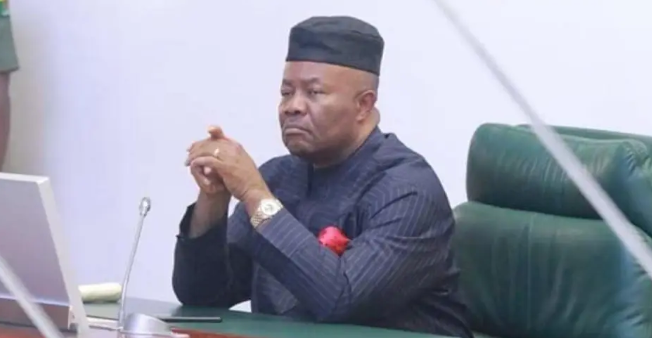 Freshreporters reported that the Minister of Niger Delta Affairs, Godswill Akpabio alleged that members of the national assembly were mostly the beneficiaries of NDDC contracts.

While the House of Reps in a vehement rebuttal took on him and challenged him to give names in 48 hours ultimatum.

On Sunday night, the Minister make public names of beneficiaries for the controversial contracts jobs which were mainly on roads construction.

The names were contained in a letter by the Minister to the National Assembly.

Presenting the documents to the media, the National Youth Council of Nigeria, NYCN expressed disappointment that the Speaker of House of Representatives, Femi Gbajabiamila failed to disclose the list of federal lawmakers who benefitted from the contracts awarded by the (NDDC).

Lawmakers Akpabio listed in the document are:

Amidst attacks by terrorists in some parts of the country, The Minister of Information and Culture, Lai Mohammed has given reason why Nigeria will...
Read more
Politics

Break through for exited N-power beneficiaries as the federal government lunch portal to enable them apply for empowerment options made available by the Central...
Read more