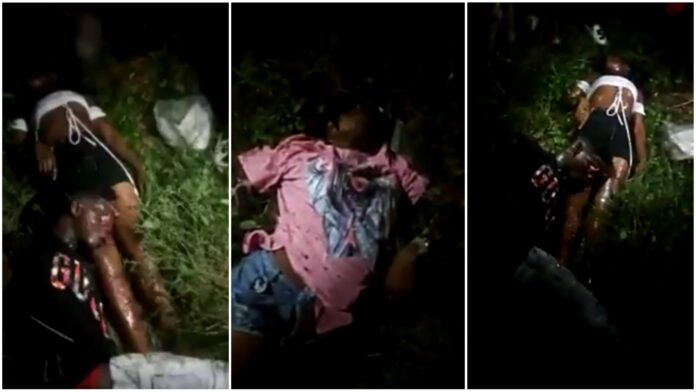 Accident in Sapele, Delta state claims 3 lives including a boy and 2 girls.

The deceased who were driving in a Toyota corrola car jam a Dangote truck parked on the road side.

An eyewitnesses reveal that the boy was on high speed and try to overtake and dodge pothole the same time.

He said, the boy who is currently building his house lost control and hit a trailer parked by the corner while trying to overtake a keke driver and at the same time dodge a pot hole in front of him.

In a video taken at the scene, the car is damaged beyond repair and the car occupants die instantly.