The victims, a female and 2 males including the driver were occupants of a Volkswagen Golf.

Liberty, an eyewitness said the vehicle heading towards Banex junction from Gwarimpa axis when suddenly it lost control.

He said the vehicle speedily jumped over the culvert and ran into an oncoming truck from the opposite direction.

The accident happened adjacent The Capital Hub plaza around 8 pm on Sunday.

The eyewitness added that the Golf driver died instantly.

The other two persons had several deep cuts into their stomachs in what had turned into a mangled vehicle.

He said the two were immediately rushed to Maitama General Hospital but doctors on duty rejected them while insisting on having a Police report before they could be attended to.

He said that the victims brought back to the scene of the accident where they eventually gave up their ghost.

Meanwhile, the truck driver had since absconded, leaving his vehicle behind. 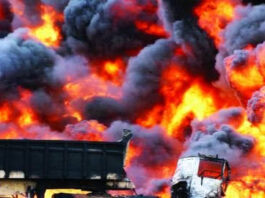 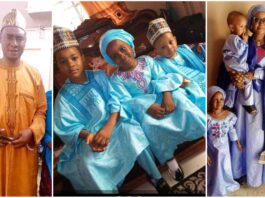 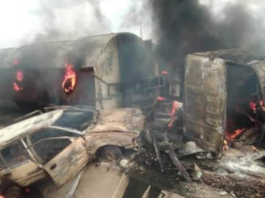