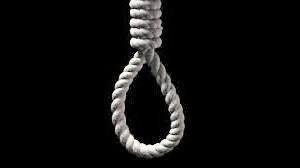 Ogili who is a father of seven, was alleged to have hanged himself in his parlour over alleged refusal of his children to allow him have a lover.

The deceased who was the head of Umu Asema family took his life following allegation that his wife had denied him love making as well as refusing to cook for him.

Ossai, Ogili’s neighbor said, the deceased  was frustrated, heart broken and depressed as his wife and children abandoned him and refused to look after him.

The man usually went out to buy food from food vendors and did everything for himself. His wife refused to either sleep with or cook for him. He picked a lover, but  his children drove her away. That could have driven him to the extreme decision of taking his life.