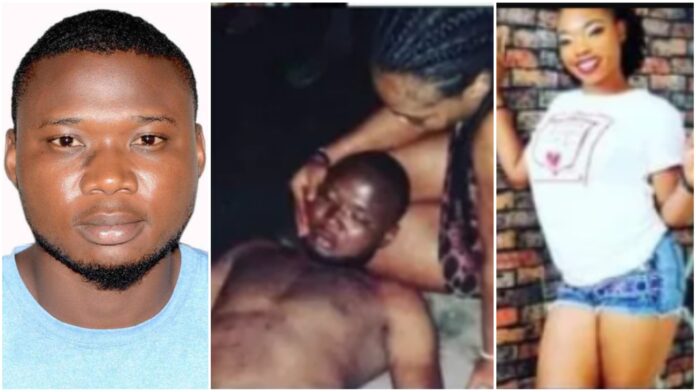 A lady named Nkechi, aka Omalicha has allegedly stab her boyfriend to death over cheating in Lagos.

According reports, The couple started dating in 2018 and began living together in 2019.

ALSO READ:  Sanwo-Olu Ask Lagosians To Calm Down As He Meets Boy In 'Calm Down' Viral Video (Watch)

On August 1, 2020, the couple engage in a heated argument over alleged cheating and during the argument.

The suspect took a knife and stabbed her boyfriend to death.

As of the time of this report, the police deposit the man in the mortuary.

28-year-old Man Attempted Suicide After He Was Caught Raping Niece In Benue Police in Benue state has arrested one...
Read more
Society News

Mob Burnt Thief Alive, Two Others Escape In Benue A suspected thief has been burnt to death by angry...
Read more
Society News

According to a viral video making the rounds, a boy identified as Jibril was chained with animals for 2 years by his...
Read more
Society News