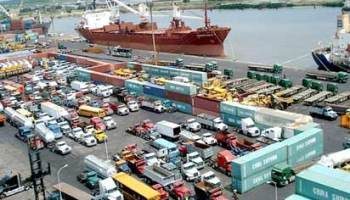 Eleven ships conveying petrol and other commodities have berthed at the Apapa and Tin-Can Island Ports in Lagos, the Nigerian Ports Authority (NPA) announced on Monday.

The authority said in its daily publication, Shipping Position, that the vessels were waiting to berth with their consignments at the ports.

Eight of the 11 vessels are waiting to berth with petrol while three others will berth with diesel, container and frozen fish.

NPA said that no fewer than 23 ships were expected to berth in Lagos ports between June 17 and June 29.