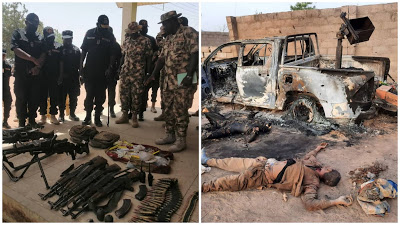 A total of 105 Boko Haram/ISWAP Terrorists were neutralized in an aggressive follow up/exploitation operation carried out by troops of Sector 2, Operation LAFIYA DOLE, OPLD.

Brig Gen Lawrence Araba, the Commander Sector 2 OPLD reveal this while briefing the Chief of Army Staff and his entourage on Sunday.

Visiting the injured troops at the Field Ambulance Logistics Base 3 Damaturu and Special Forces’ School in Buni Yadi on Sunday, the Chief of Army Staff, Lt Gen Tukur Yusufu Buratai, applauded the troops for their gallantry and resilience that led to the killing of the 105 terrorists at Buni Gari in Gujba Local Government Area of Yobe state on Saturday the 18th of April 2020

According to Brig Gen Araba, the recent success was as a result of intelligence report which revealed plan by Boko Haram/ISWAP terrorists to attack the village.

ALSO READ:  Housewife Poisons Her 2 Children And Herself Over Husband's Infidelity

Briefing the Chief of Army staff, the commander said;

Based on intelligence received about the plan by the terrorists to attack Buni Gari, our troops swiftly intercepted and engaged the criminals in fierce battle that led to the killing of 105 Boko Haram/ISWAP terrorists as well as the capture of several arms and ammunition from the criminals”.

Initial situation report reported that 10 terrorists were Neutralized. However, following exploitation by our troops, a total of 105 Boko Haram/ISWAP Criminals are comfirmed to have met their waterloo as a result of the encounter and some of the pictures are here for you to see Sir.

ALSO READ: Mother Unknowingly Infects 17 Of Her 18 Children With Coronavirus 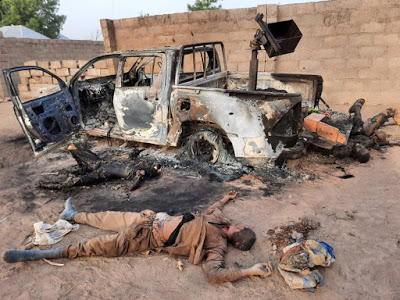 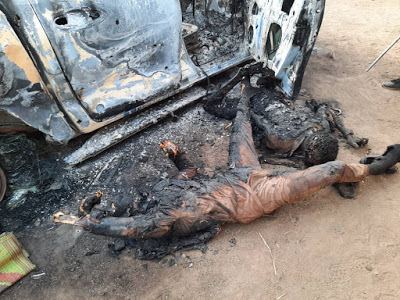 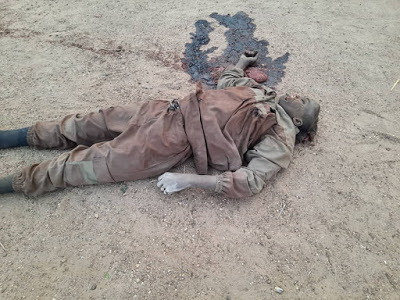 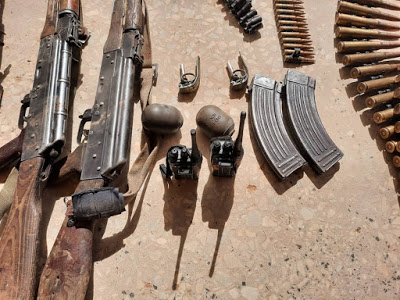 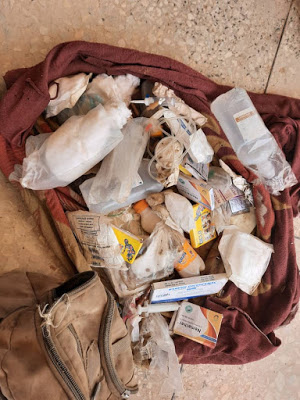 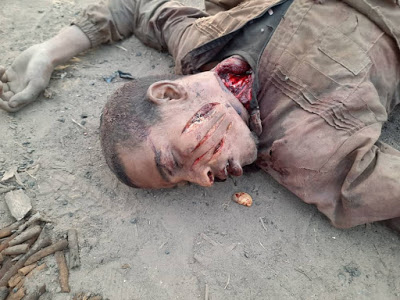 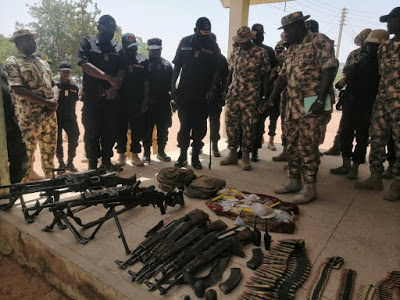 ALSO READ: China Is Not Transparent, They Are Hiding Information – Macron